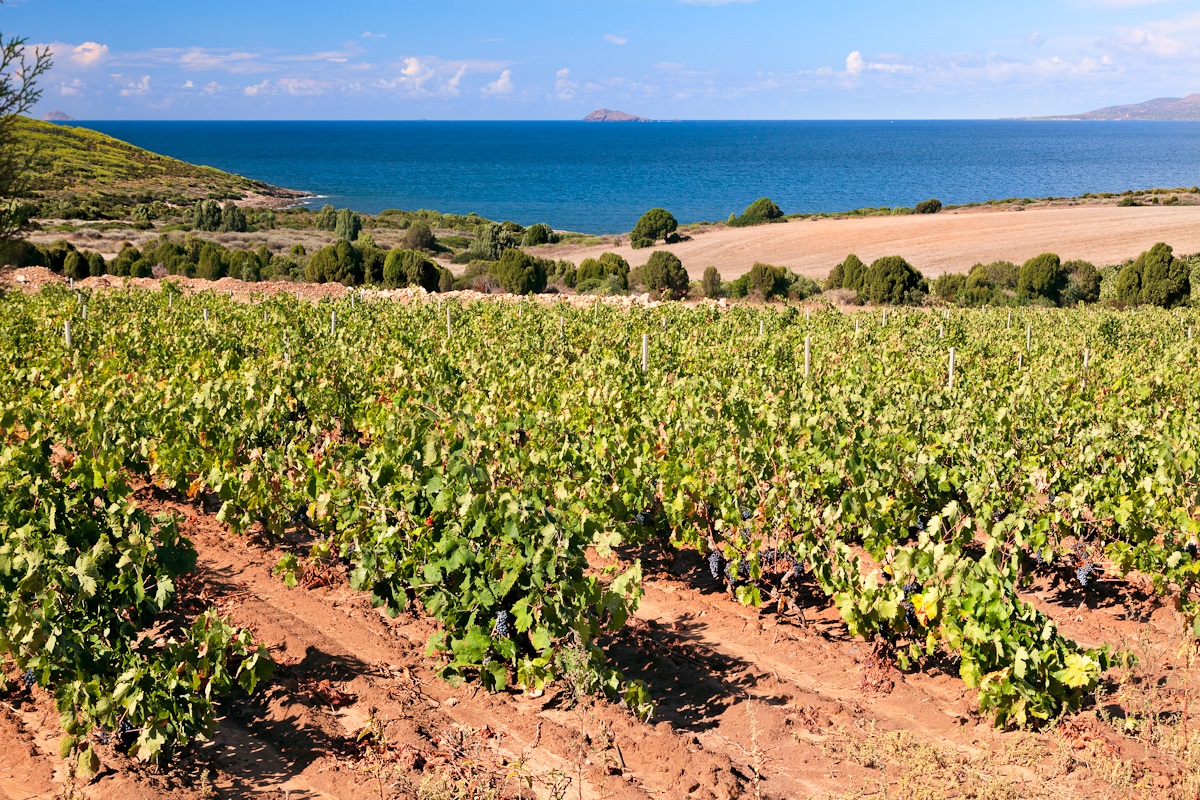 What comes to mind when one reads the word, “Sardinia”? Sardines? That island where Napoleon was exiled? (Actually, he cooled his heels in Elba.) Anything?

The difficulty of mentally associating much of anything with Sardinia is understandable—it’s a distant and difficult to characterize place. Officially a province of Italy, Sardinia is the second island in the Mediterranean Sea. The Italian constitution gives Sardinian considerable liberty to run its own affairs.

Less than 1.7 million people live on its 9,300 square miles, scattered in cities and small towns. Sardinia’s weather is sometimes tropical; palm and olive trees grow there, and turbulent storms blow in from the sea. But snow also falls in the highlands. Film stars sometimes holiday on Sardinia’s beaches, but the island also is spotted with a slew of NATO bases and installations, to the ire of some locals.

The cultural is similarly hard to peg for outsiders. Italian is the official language and is widely spoken, but there is a native Sardinian language which is more Latin-esque, and comes in varying dialects. Spaniards, Italians, Greeks, and various Africans all have landed on the island over the centuries. Unlike neighboring nations, Sardinia is more matriarchal than patriarchal. Women tend to be more educated than men, but the residential literacy rate is nearly 100 percent.

One unsurprising fact about Sardinia is that it, like its continental neighbors, makes wine. Lots of it.

Yet, Sardinian wine can be difficult to find in the United States. That is because much of the wine made in Sardinia is sold there or in Europe. Palm Bay International of Port Washington, New York imports Sella & Mosca wines. And America’s strong dollar might well induce more bottles to our shores. Which would be a good thing, since the wines are good and the atypical grapes give the palate something new.

So, suffice to say that when I recently had the chance to sample Sardinian wine I had no idea what to expect. The omnipresent Cabernet Sauvignon grows there, but most of the wines came from grapes  —Vermentino, Torbato, Carignano, Cannonau — that were at best vaguely familiar.

The eight wines…. Was it eight? Senator I cannot recall…. Anyhoo, the eight wines I tasted were produced by Sella & Mosca, Sardinia’s largest winery, which was founded a century ago. And I like everyone of them.

The two whites, La Cala Vermentino ($14) and Terre Bianche Torbato ($21) , were any interesting case in contrasts. La Cala has apricot and floral notes and was creamy in the mouth. Terre Bianche tasted of orange peel, apples, and was crisp. The latter was especially tasty with briny oysters.

The Sella & Mosca reds were very different from the fruit bombs one tends to find on American store shelves. A three-year old Terre Rare Carignano ($15) was a little dry, and showed blackberry and earth notes. Cannonau di Sardegna Riserva DOC was wonderfully musty—it was the taste equivalent of stepping into an old cellar where mushrooms were growing. Giovanni Pina, Sella & Mosca’s winemaker, outdid himself with Tanca Farra Alghero DOC 2011. This $27 bottle of wine blew me away as it balanced the rich fruit flavors of Cabernet Sauvignon against the earthy and leathery notes from the Cannonau grapes.

Finally, the high-end ($65 and up) Marchese di Villamarina DOC (2010, 2009, and 1999) offered a Sardinian take on Cabernet Sauvignon. Again, what one got was not the uber-tannic, fruit-forward cab model. Rather, the Marchese wines all showed modest fruit and interesting baking spices and tobacco notes. I was impressed, but I’m not the only one. Critics have deemed Marchese vintages excellent.

The next time you are perusing the drinks aisles or at a restaurant, look for one of these wines. I think you too will be impressed.