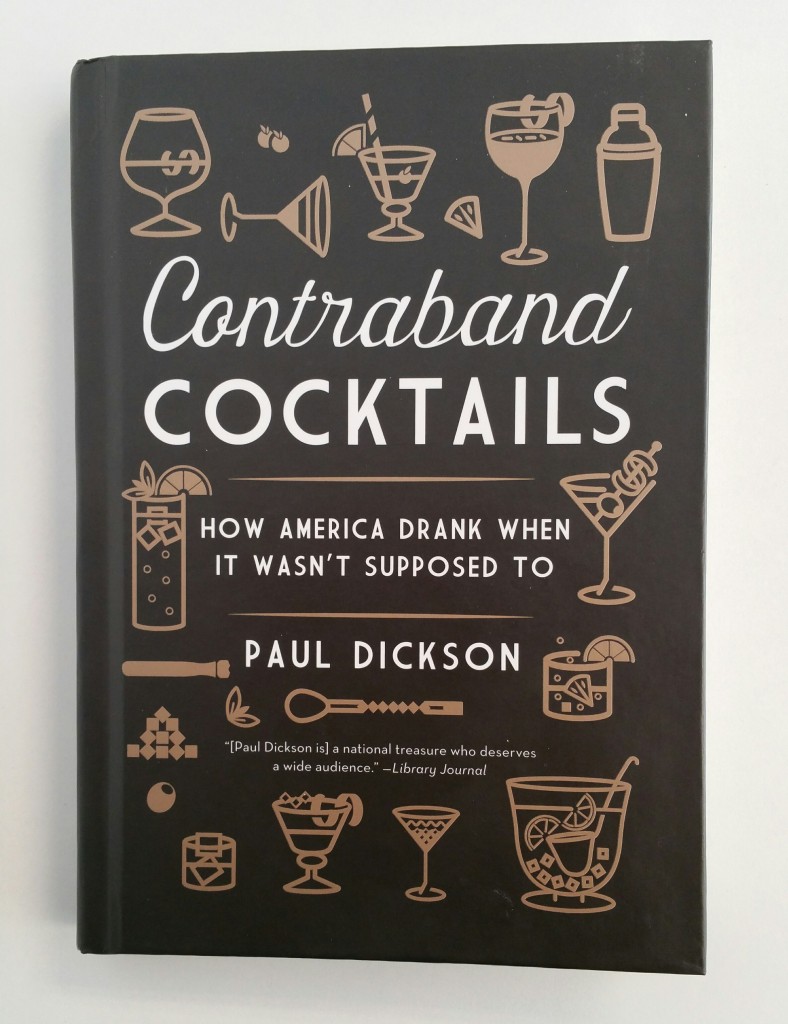 In case you missed it, the 82nd anniversary of Prohibition’s repeal (1920-1933) was Dec. 5. I myself celebrated with a glass of bourbon and a few microbrews at the Black Squirrel in Washington, D.C. There is much to be thankful on Repeal Day.

For the most part, America’s experiment with banning drink was a disaster. The flood of tax revenue on alcoholic beverages slowed to a trickle. Breweries, distilleries and wineries closed by the thousands, throwing blue collar folks out of work. An honest industry and its profits were handed to gangs, led by Al Capone, Meyer Lansky and other ultraviolents. Taking an individual’s property without convicting him of a crime, also called asset forfeiture, was standard operating procedure in the war against illicit drink. Untold thousands died from tainted liquor.

Prohibition did have, however, at least a couple of positive effects, as Paul Dickson explains in Contraband Cocktails: How America Drank When It Wasn’t Supposed to (Melville House Publishing, 2015). The Temperance and Suffragette movements long had been intricately linked and the 18th and 19th Amendments both went into effect in 1920. But Prohibition itself also helped to obliterate old sexist boundaries. Harper’s magazine observed in 1931:

The old days when father spent his evenings at Cassidy’s bar with the rest of the boys are gone…. [S]ince Prohibition, mother goes down with him.

Women danced, drank and smoked with men. They also went into the drinks businesses. Belle Livingstone ran the 58th Street Country Club, an illicit Manhattan joint that served bubbly and had a miniature golf course. Marie Waite (AKA Spanish Marie) was a pistol-toting rumrunner who moved booze from Havana to thirsty customers in Florida.

For another, many great cocktails were born. America had been mixing drinks for a century, but it was not an especially well-developed craft. With Prohibition, necessity became the mother of invention. Someone had to figure out ways to mask the taste of the often-awful bootleg liquor. So it is that we have classic cocktails like the Bee’s Knees (gin, lemon juice and honey syrup), the Bronx (gin, dry and sweet vermouths, orange juice) and the Manhattan (bourbon or rye whiskey, sweet vermouth, bitters and a sour cherry). With the cocktail’s ascendency came all the stylish accouterments: cocktail shakers, cocktail napkins, chichi glasses and snazzy hip flasks. Call it scofflaw chic.

All of these unforeseen developments —the good and the bad— upset many of the Temperance reformers, who nevertheless defended the “great social and economic experiment” to the very end.

That Prohibition was utterly unworkable is no surprise. It was impossible for the government to thwart every American from buying or making drinks. Many, if not most, Americans wanted to imbibe and could do it if they put their minds to it. Dickson himself found a Prohibition-era typed binder of cocktail recipes at a Florida flea market. Privately printed and homemade recipe books were common during those dark days. Market demand, as per usual, overwhelmed government finger-wagging.

This article also appeared in the American Spectator.