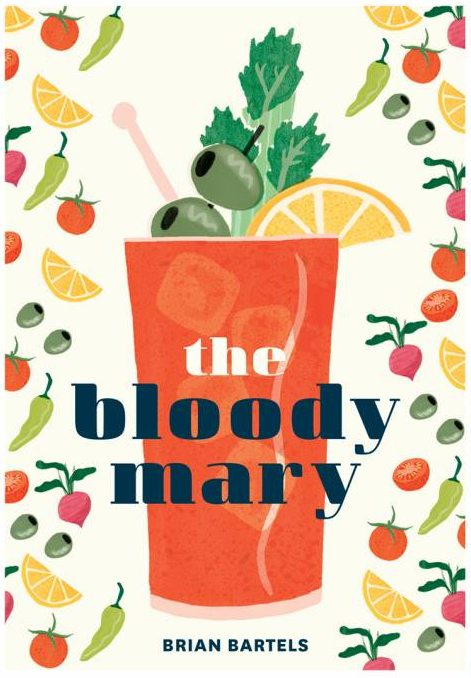 Mmmm, breakfast. What appeals to the mouth and stomach at the early hour when the birds are singing and the sun’s rays are spraying over the horizon? Something starchy, like toast? Perhaps some protein — eggs and bacon sound right. And perhaps a cup of coffee or tea to help shake the spell of Morpheus. That what the body needs, right?

So how is it that the Bloody Mary — usually a concoction of tomato juice, vodka, black pepper, Worcestershire sauce, a stalk of celery, and a bit of lemon juice — became a famed breakfast go-to? Like much in life, it is anything but clear.

We don’t even know who invented the drink. “Popular Bloody Mary legend points to Fernand ‘Pete’ Petiot, at bartender at Harry’s New York Bar in the 1920s,” writes Brian Bartels in The Bloody Mary: The Lore and Legend of a Cocktail Classic, with Recipes for Brunch and Beyond (Ten Speed Press, 2017). But seeing as the bar’s head, Harry McElhone, didn’t list the Bloody Mary — or any tomato juice drinks — in his 1927 cocktail recipe book, this hypothesis is suspect. New York comedian George Jessel asserted in his autobiography that he created the drink in 1927 after an all-night bender. Another theory is that Petiot created the drink shortly after Prohibition. Petiot had moved from Paris to new York City, and was slinging the Red Snapper — vodka, tomato juice, citrus juice, and spices — at the St. Regis’ King Cole bar. So maybe Jessel came up with idea and Petiot refined it? Who knows?

Nor do we know why it was named the “Bloody Mary” or how exactly it moved from one watering hole to becoming a staple of bar menus around the world. But it did, and at least two factors explain why.

First, the food industry got into the canned juice business in a big way in the first few decades of the 20th century. This created year round bar and restaurant access to juices with long shelf lives. Juice-makers fostered consumer interest by heavily advertising the healthful effects of gulping juice in the morning. (Is acidic orange juice really what the stomach wants bright and early?)

Second, despite its ingredients — the Bloody Mary is delicious. Especially if one is a little hungover. (When really wrecked, no food or drink appeal.) The viscous tomato juice fills the stomach, the black pepper soothes its disturbances, and the whole amalgam invigorates and helps the consumer convince himself he feels fine and can endure the day before him.

Like so many good things in life, the Bloody Mary has evolved. An early version has only three ingredients (vodka, tomato juice, and lemon juice.) Recent versions have become more baroque — one might find wasabi or a pickle in the glass. Bartels himself created the “PB&J & Mary,” which is made with peanut-infused vodka (or tequila!), strawberry jam, Cholula hot sauce, and more. And some of drinks being called Bloody Mary’s are miles from the original. The “Pirate Mary,” another Bartels invention, is a luminous yellow-green rum and pineapple drink.

My own preference is for a Bloody Mary with the standard ingredients: a belt of vodka, tomato juice, dash of lemon juice and Worcestershire, a little horseradish, and a stalk of celery. And a few pieces of crispy bacon. The awakening body does need protein.
Kevin R. Kosar is a senior fellow at R Street Institute and heads its alcohol policy reform program. He is the author of Moonshine: A Global History (2017) and Whiskey: A Global History (2010). This article was first published by the American Spectator.