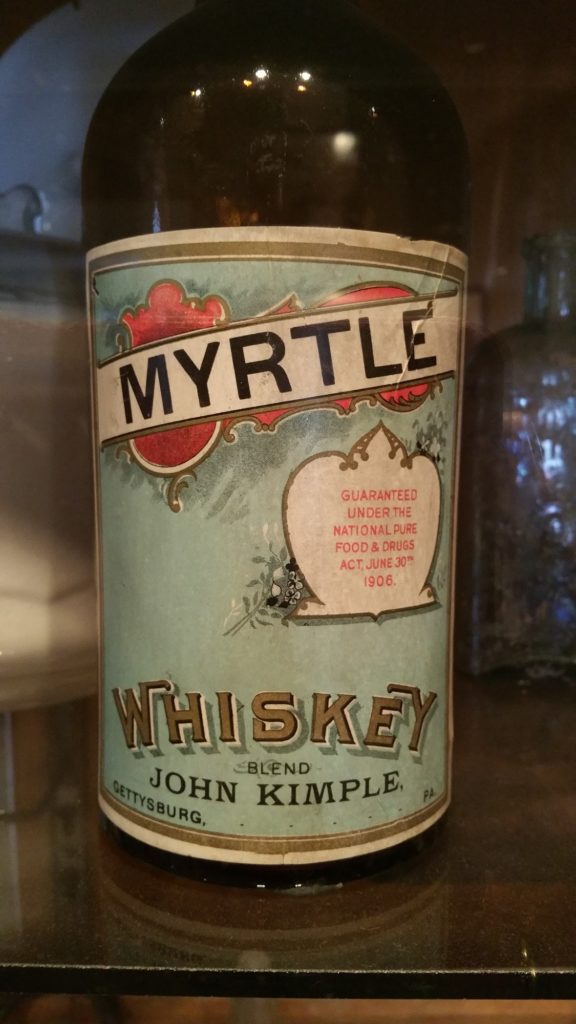 This early 20th century bottle was on display at the Shriver House Museum in Gettysburg, Pennsylvania. Note that the label boasts the quality of this whiskey is assured thanks to the National Pure Food and Drugs Act of 1906. Hitherto, the consumer could never be certain as to what he was getting in a bottle. Congress’s enactment of a statute that set basic standards for productions and truth-in-labeling was a win-win-win development. Consumers got safer drink, producers were saved from a ruinous race-to-the-bottom competition, and government had fewer members of the public damaged or dropping dead from poisonous drink.