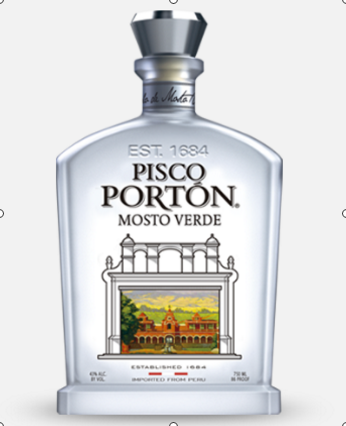 There is something very satisfying about having a go-to drink. After a long day of work and kid care, a glass of whiskey is very welcome. The Kosar house bourbons include Four Roses Small Batch, Buffalo Trace, Weller 12-year (and Special Reserve), and Woodford Reserve. Big bottles of Bulleit and Old Forester can be had for a song, and are oh-so worth it. My preferred Tennessee firewater is George Dickel — the 8-year, usually, and the 12-year if I feel like I’ve earned it.

And don’t get me started on the glories of gin. Plymouth martini’s, Beefeater gin and tonics… these are the drinks that make the gloaming bright. And we are in the golden age of gin.

Some days, however, I want something different, something that will throw a screwball at my palate and brain. So I roam, and crack open things that make my brain think “Whaaaat?” look or give me an unsettled, nervous feeling.

Starting this bibacious journey, I aim for something light — Gose (pronounced Goes-uh). This German-style of beer features can be hard to find in the U.S.A. It’s a strange brew, that is made with a lot of wheat and is both salty and tart. (Most beers tend toward the bitter side of the flavor spectrum, with America’s mega-IPA’s being the bitterest of them all.) Fortunately, Grand Teton Brewing of Idaho produces a delicious Gose. It is spiced with coriander, which tops off the riot of flavors.

Moving right along to the potent stuff, Pisco began pouring into America in the past decade. It is the South American cross between brandy and grappa. Like brandy, Pisco is wine distilled into spirit; like grappa, Pisco usually is not aged. Pisco Porton is very fine brand, that offers up slightly sweet and herbal heat. La Caravedo is another Pisco worth a look — it is lighter, dryer, and gentler than Porton.

Wandering further into white spirits, we come to Fos, a Greek liqueur made from the mastiha tree sap. This is one of the stranger drinks I have ever tasted, and I say that as a compliment. The nose is surreal — it smells like bark, and in the mouth the hooch has a light sweetness that is utterly dissonant from the aroma. A sip of Fos takes your taste into a whole new realm of possibility.

Closing out this trip into unusual drinks, we go dark. Flavored rums are plentiful these days, and Stolen Smoked Rum is a recent and wild addition to the bunch. Rum from the Caribbean (Trinidad?) is aged in whiskey casks, then injected with coffee, vanilla, and Moroccan fenugreek (a clover-like herb found in the Mediterranean, Middle East, and Indian subcontinent. That fenugreek is used to increase maternal milk supply and constipation is a confounding discovery). This liquor floods the mouth and head with intense flavors, the Arabica coffee notes being the most intense. Mixed with lime and ginger beer, it makes a robust Dark and Stormy.

Variety is the spice of life, and thanks to globalism and the dynamism of capitalism tipplers have more drinks to explore than ever.