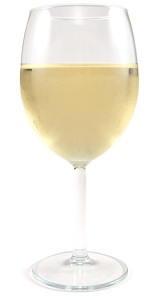 In John Guare’s great play Six Degrees of Separation Stockard Channing says that “everybody on this planet is separated by only six other people. … I find that A) tremendously comforting that we’re so close and B) like Chinese water torture that we’re so close. Because you have to find the right six people to make that connection.” She may as well have been talking about wine. It is a truism that the global quality of wine has never been higher than it is today but there is still so much. Even for knowledgeable drinker it can be almost impossible to know what to buy even when you know what you want.

Channing’s dictum is true even in the world’s most prestigious wine regions (to say nothing of grapes—there is no such thing as a good or bad varietal). Neither Bordeaux nor Sancerre nor Napa (especially Napa) nor Otago are enough to ensure that what you’re buying isn’t terrible. (OK, you are unlikely to be disappointed by any Châteauneuf-du-Pape or Barolo, but you’ll pay dearly for the privilege.) This is a particular problem when you’re looking at wines that do not exist at everyday price points.

Today’s wine, from Pouilly-Fuissé, falls into this category. Pouilly-Fuissé (pronounced “pwee feess”) is an appellation within the Mâconnais sub-region of Burgundy and produces only Chardonnay—no such thing as red Pouilly-Fuissé. Although it often plays second banana to the Côte de Beaune a bit farther north, this is mostly the result of a historical snafu: the growers of Pouilly-Fuissé never applied for Premier Cru designation because they were far enough south to be free of Nazi occupation and thus lacked bureaucratic urgency—only Premier Cru wines in occupied France were exempted from fiat seizure by the Germans. This may change in the next few years as the French authorities consider granting Premier Cru status to several producers in Pouilly-Fuissé and elsewhere in the Mâconnais, but even without them these wines remain among the world’s greatest expressions of Chardonnay.

The lesson, then, is that you need a good middleman. For most of us this is just our local wine shop (for me it’s Fine Wine Brokers, second only in my experience to Austin’s legendary but now defunct Vinosity). However, and I cannot emphasize this enough, going to buy wine is like going to the doctor—you must put aside your shame and drop your pants for it to do its work. You cannot be afraid to express what you want in the best language you have, or to expose how inadequate that language or the knowledge behind it are. If you don’t have a good local wine shop, most lifestyle grocery stores do tolerably well these days; Whole Foods is fine, Central Market is better.

There’s also the source for this 2012 Jean Jacques Litaud ($29), Jon Rimmerman, about whom there will surely be more to say at a later date. (Briefly, he is a bona fide genius, but you have to learn how to finesse his outrageous prose.) I drank the Litaud at 46 degrees and it showed honey in the glass, surprising for a wine that usually tends toward straw. Forty-six degrees is a little cold but the wine drank warmer—tremendous body for a wine so light in acid, and emotionally open. I attribute both of these to a near-tropical flavor profile—papaya cut with urgent grapefruit—snaked around a spine of stone and slate. No oak. At once powerful and delicate, this is as good as Chardonnay gets. (Rating: Excellent)

Jean Jacques Litaud is imported into the U.S.A. by Free Run, LLC.