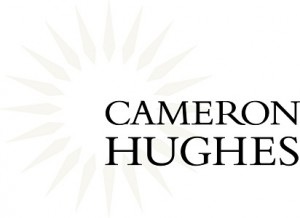 Back in late 2010, we received small samples of a half-dozen wines. With it came an invitation to tune in via the web for a live tasting of these wines. This struck as as pretty clever—harnessing new media to inexpensively educate and persuade media sorts.

Our own Famous Jacob tried these wines, and found them appealing. (See his reviews here.)

The company that did this was Cameron Hughes, which is the subject of a June 9, 2012 New York Times profile.  Hughes is a sort of upscale version of Fred Franzia, who brought America “Two Buck Chuck.” (Go here for a profile piece on the colorful Franzia.)  Quoth the Times,

Mr. Hughes, who started by selling wine out of the back of his Volvo station wagon in 2002, is a wine négociant, or wine merchant. He does not own a vineyard or a winery. Instead, from offices in San Francisco and Calistoga, Calif., he outsources all the labor that goes into making a bottle of wine — growing the grapes, crushing and fermenting them, and other steps in the process — to others… (read more)